Ash has been the Director of Coaching at 360 Cricket Academy since 2005. During this period, he has been lucky enough to be the private coach of many current and former International and First-Class cricketers.

As well as being Cricket Australia Level Three accredited coach, Ash is also an assistant coach for the Sydney Thunder WBBL team and the current head of cricket at St Joseph’s College Hunters Hill. In his playing days, Ash represented Western Suburbs and Sydney Cricket Club in First Grade.

Under the guidance of Ash, 360CA prides itself on its inclusive nature and an ability to develop strong cricketing skills in a family environment.

Suffan is an experienced Level 2 Cricket Australia Accredited Coach with 12 years of experience and a passion for the game. Suffan has a background in Health Science (Sports and Exercise), and his expertise in these areas shines in his coaching. A serious player himself, Suffan has represented first grade for Randwick Petersham, Sydney CC and UNSW. Suffan is a patient and calm coach who helps students finetune their skills and build confidence.

Hugh is a Level 1 CA Accredited Coach who joins us as our newest addition to the coaching staff. Hugh is a kind, calm young man who has been playing cricket at a high level for many years. He plays first grade cricket for Sydney CC and has represented Australia at U/16 level and the CA XI at U/19 Level.

Max is an integral cog at 360, acting as both coach and behind the scenes support for the academy. Much like his brother and head coach Ash, Max has been an enthusiastic member of the cricket community for a long time. When not coaching or promoting the Academy, Max currently holds the first grade captaincy for Burwood Briars and is also a level 1 Cricket Australia Accredited Coach.

Spencer has already established a strong rapport with our young students. Spencer is one of nation's youngest Level 2 Cricket Australia Accredited Coaches and can be seen on the pitch representing Northern District's 2nd XI on match days. Spencer has a true passion for all facets of cricket especially the technical aspects of batting. You will always know when Spencer is in the center as he brings an incredible amount of enthusiasm to each session.

Nick is a diligent, intelligent and hard working young coach, who has a strong cricketing background himself having made his NSW Premier Cricket 1st Grade debut for UNSW at the age of 16. Nick is Level 1 CA accredited coach and will do a great job in developing the academy's young cricketers.

We are so lucky to have Max Squire as Dhruv's cricket coach!! Dhruv is 15 and has been playing cricket since he was 7. He is a fairly good cricketer and would always work hard in practising his skills. Last year, he realized that he was not able to get past a certain level of performance in the cricket games he played at school, no matter how hard and how much he practised. It was then that we got in touch with Max for coaching. Dhruv felt drastic improvement just after the first session, and the progress was exponential over the next few weeks. Dhruv's performance improved, with which his confidence improved, and he started enjoying the Saturday sports a lot better. I feel that Max's knowledge of technique and how he teaches make a great combination! Max Squire is a very professional and highly skillful cricket coach! Highly recommended!!!
Dr. Puneet SinghWestern Sydney University
360 cricket has provided invaluable advice and coaching to my son over the past couple of years enabling him to progress and succeed in rep cricket. He has enjoyed learning technical parts of the game in a friendly environment
David Russell Lea
The guys at 360 have been working with our son for over 18 months. During that time they have progressively added shots to his batting with more runs resulting. The coaches at 360 work together to provide technical input into his cricket. They've challenged him, set goals with him and taken a genuine interest in him, which has added to his enjoyment of the game. With such good guys at 360 invested in him, he will reach his goals.
Darren & EmmaMelrose Park
Previous
Next

State of the art facilities

Have a question about 360 Cricket Academy? Complete the form below and one of our friendly team will be in touch shortly. 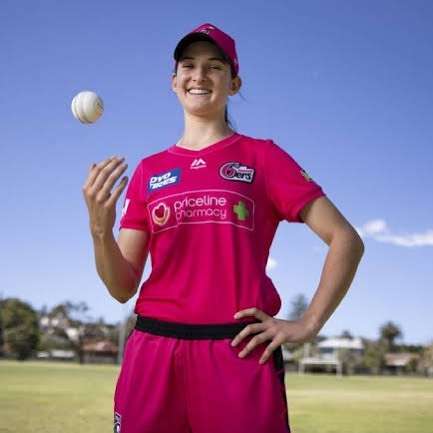 Cricket coaching and clinics to suit every age and skill level